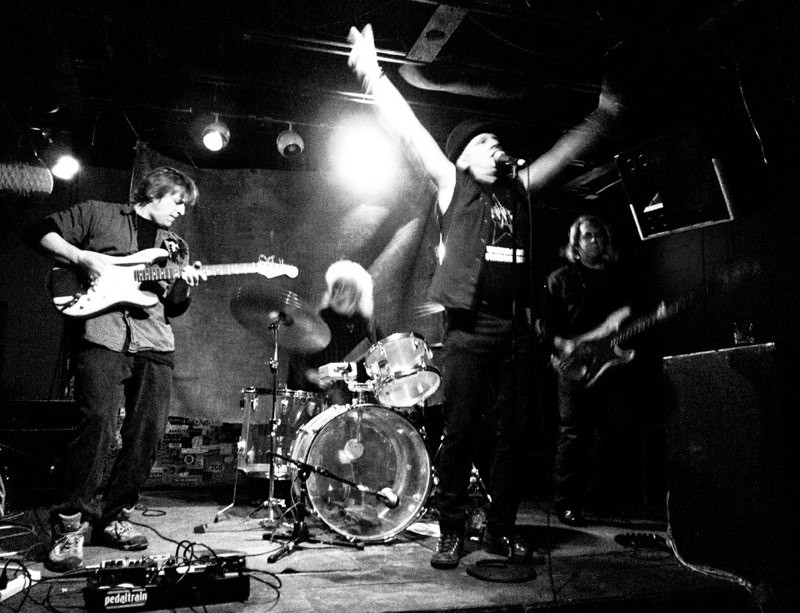 With a spirit that’s inspiringly unbowed, Albany-area punk band the Last Conspirators solider on. Next month, the quartet will release its fourth album, Hold That Thought Forever, on the group’s own Driving Rain Music imprint.

Led by veteran vocalist Tim Livingston, who blazed a path on the late 1970s/early 1980s Capital Region scene as the front man of the Morons, the Last Conspirators have largely focused on political concerns in their lyrics. But this time out things are different, according to the band. Instead of once again addressing themes of protest and world issues, Hold That Thought Forever sees the group serving up “11 new songs expressing the painful pleasure of redemption through the passionate desire of love.”

Here are the Last Conspirators at the Rosendale Street Festival last summer:

Hold That Thought Forever is out January 8 on CD and download via Driving Rain Music. For more information, visit http://www.lastconspirators.com/.