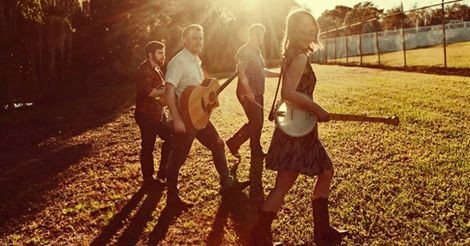 Youthful, Florida-raised singer-songwriter Laney Jones and her band the Spirits have won the favor of Alison Krauss and NPR for their sprightly blend of earnest folk-Americana. Ahead of their third album, which is due out this fall, the group will hit Club Helsinki on August 13.

This past January, Jones was featured as an emerging artist on the PBS series “Great Performances” in a 90-minute documentary about the Kennedy Center’s weekend-long American Voices festival. In addition to performing at other top festivals such as Grey Fox, Shakori Hills, String Break, Lancaster Roots and Blues, she has shared stages with gianormous acts like Lady Antebellum, Tim McGraw, Brad Paisley, Rascal Flatts, and Keith Urban.