Every Child Deserves a Parent

For the last two years, Jalal Sabur has been connecting children with their imprisoned parents. From the dense urban city to the rural outskirts where New York State's penitentiaries are located, Sabur's Victory Bus has shuttled families to and from the prisons at a reduced rate.

The lack of public transportation in the countryside limits the access city families have to their loved ones behind bars, an issue the Victory Bus Project aims to resolve. Transportation, however, is only half the battle.

2.7 million children in the United States have a parent in prison, about 105,000 in New York alone. According to the Victory Bus Project's Indiegogo campaign summary, the communities with the highest rates of incarceration are also considered food deserts.

Sabur takes the Victory Bus Project a step further by providing the families with farm-fresh foods. By teaming up with the Primrose Hill School in Rhinebeck, home of the Primrose Hill Farm Collective, Sabur provides both a ride and a CSA share box of fresh Hudson Valley produce, meat, and dairy. 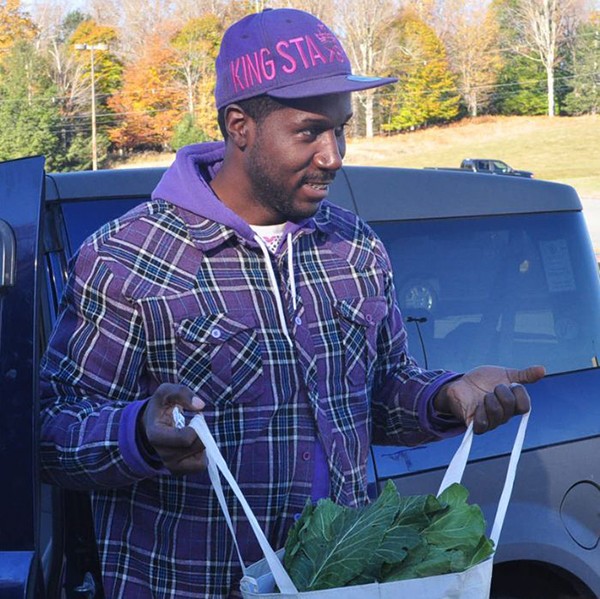 "In the two years of this project, I have seen the impact of bringing families together," Sabur says in his campaign video. "On these trips, we talk about food and visit local farms, which helps children decompress from a visit and reconnect to the land."

For the next five weeks, you can donate to the Victory Bus Project via their Indiegogo campaign. The project aims to collect $10,000, the equivalent of 20 full CSA shares for a family from June through the end of October.

The following levels of donation are available: