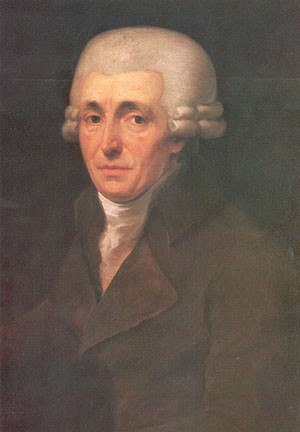 Considered Joseph Haydn’s (1732-1809) masterpiece, The Creation is an oratorio depicts and celebrates the creation of the world as described in the Book of Genesis, the Biblical book of Pslams, and John Milton’s epic poem Paradise Lost, and was composed between 1796 and 1798. This Friday and Saturday, Leon Botstein, Bard College’s president and the American Symphony Orchestra’s music director and principal conductor, will lead members of the American Symphony Orchestra, the Bard College Conservatory Orchestra, the Bard Festival Chorale, the Bard Chamber Singers, the Bard Graduate Vocal Arts Program, and the Longy Chorale through two performances of the work at the college’s Richard B. Fisher Center for the Performing Arts.

Scored for soprano, tenor, and bass soloists (the soloists representing the Archangels Gabriel, Uriel, and Raphael, respectively), chorus and a symphonic orchestra, The Creation is structured in three parts. Part one heralds the creation of the primal light, the Earth, the heavenly bodies, bodies of water, weather, and plant life; part two celebrates the creation of sea creatures, birds, animals, and man; and part three chronicles Adam and Eve in the Garden of Eden before the Fall of Man.

Treat your ears to this rendition of Part I’s final number (No. 13), “Die Himmel Erzahlen die Ehre Gottes (The Heavens are Telling the Glory of God)”:

Performances of Joseph Haydn’s The Creation will take place at Bard College’s Richard B. Fisher Center for the Performing Arts in Annandale-on-Hudson on March 6 and 7 at 8pm. For each performance James Bagwell, chorus master, will present preconcert talk at 7pm. Tickets are $25-$40. For tickets and information, call (845) 758-7900 or visit http://fishercenter.bard.edu/.