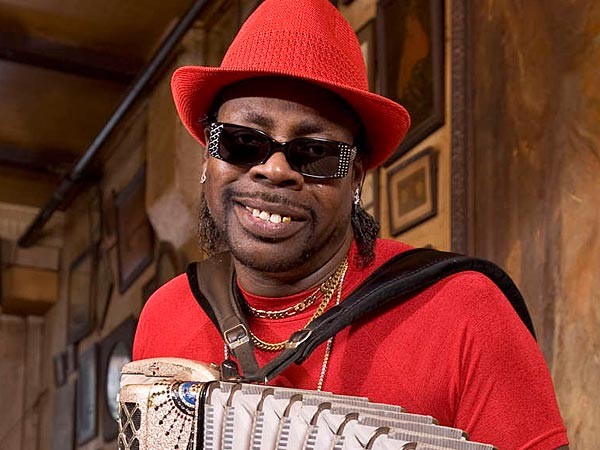 I know. I know. You’re more tired of me talking to you about how damn COLD it is out there as I suggest you take in this or that awesome gig as a way to get the blood flowing and forget about this brutal Hudson Valley winter weather. Got it. Understood. Fair enough, it’s getting old for me at this point, too. But then, see, there’s this one show, happening this month, that’ll definitely get your corpuscles roiling and your feet flying: C.J. Chenier and the Red Hot Louisiana Band at the Falcon on February 16.

The son of the legendry Clifton Chenier, C.J. takes up right where his dad left off, squeezing out real-deal zydeco nirvana via his accordion and sizzling band. This stuff is a one-way ticket to dancing; the steamy, exotic, bayou-drenched cousin of old-school R&B. The younger Chenier had his brush with the mainstream when he played on Paul Simon’s 1990 album Rhythm of the Saints and the Gin Blossoms’ 1992 album New Miserable Experience.

But dig him doing his own thing for the true experience:

C.J. Chenier and the Red Hot Louisiana Band will perform at the Falcon in Marlboro, New York, on February 16 at 7pm. Donation requested. For more information, call (845) 236-7970 or visit http://www.liveatthefalcon.com/.