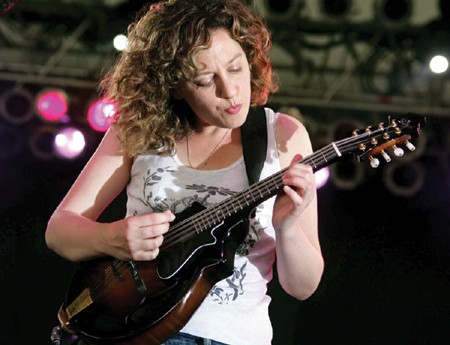 The good news this week is that Amy Helm’s long-awaited debut solo album is nearing completion and due out this spring. To cover the costs of its release, the Woodstock-area singer is currently running a crowd funding campaign via her website that offers pledgers some enticing album-oriented premiums—everything from straight-up pre-orders of the CD ($15) all the way up to private concerts by Helm and her group ($7,500).

Begun four years ago, the self-titled set features the sometime Ollabelle singer backed by a cast of outstanding musicians that includes her band the Handsome Strangers. The album also features some of the final recorded performances by her legendary father Levon Helm. Amy cites the late Band drummer and vocalist as “the anchor” of the project, and states that besides playing on the tracks he was instrumental in advising her and helping to select the material.

Here’s Amy Helm and the Handsome Strangers playing the classic “Long Black Veil” at Mountain Jam in Hunter in 2013: