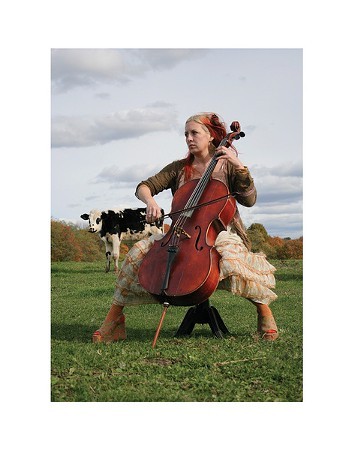 Back in my 1990s New York rock days, Rasputina was definitely one of the most unusual bands on the scene: three lady cellists and a drummer playing alternately heavy and dream-like Baroque rock in the same Lower East Side dives that hosted the rattiest of the city’s resident and visiting punk acts. Twenty-some-odd years later, the group, now pared down to two cellos and a percussionist, is still led by founder Melora Creager and remains like no other. Between Rasputina’s tours, Creager, now a Hudson Valley resident, has been keeping busy with a new side project, Melora Creager and the Calico Indians, which will be in residence next month with a series called “Mondays with Melora” at Club Helsinki on Mondays, starting November 3.

Here she is with Rasputina, doing a brilliant cover you may just recognize: