Kingston Festival of the Arts 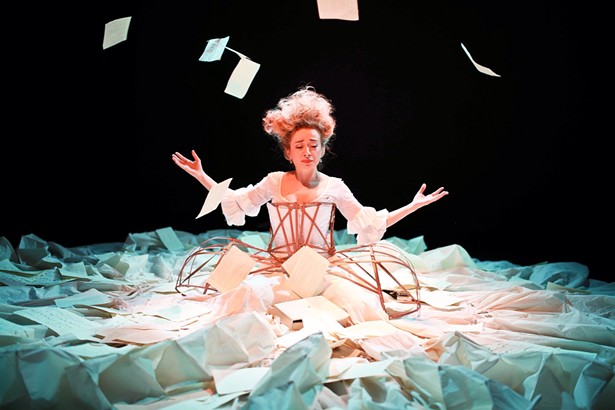 Art lovers rejoice, for the last 11 days of August the Kingston Festival of the Arts is taking over the city for over a week of dance performances, concerts, art exhibitions, and much more. The events will take place throughout the city at various venues, including Uptown Gallery and the Old Dutch Church. Founded last year by opera singer Kerry Henderson, the festival is a celebration of Kingston's vibrant artist and creative community.

The various performances and events throughout the week include the acclaimed one woman show “The Other Mozart,” the untold story of Nannerl Mozart, the sister of Amadeus, and a prodigy, keyboard virtuoso and composer, who performed throughout Europe with her brother to equal acclaim, but her work and her story faded away, lost to history. The festival will also host the return of the Mayan-inspired international aerial dance company, Dzul Dance- this time with their expanded company in “Pixom” (Mayan for “Spirit”). Dzul Dance fuses multiple dance forms with aerial circus arts and contortion as a means to communicate indigenous pre-Hispanic, Mexican and Latin culture and create bridges between contemporary art and historical heritage.

For younger art lovers, Kids Create Kingston has organized a free day of interactive art, performance and music for young people. “Tiny Tots Inside the Orchestra,” offered by Northern Dutchess Symphony Orchestra under the direction of Kathleen Beckmann, will feature music from the Disney movie Fantasia and other classical favorites. The whole festival kicks off on August 21 with “A Night at the Opera,” starring international flutist and classical music television personality Eugenia Zukerman, baritone Kerry Henderson, sopranos Alison Davy and Elizabeth Tapia, and the concert pianist Peggy Reich. The program includes highlights from Pergolesi’s 18th Century “opera buffa” La Serva Padrona, excerpts from Eugenia Zukerman’s celebrated recording of opera favorites for flute and piano, “Aria” and gems from the world of song and Broadway favorites.