The Low Anthem to Lay it Down in Hudson | Daily Dose

The Low Anthem to Lay it Down in Hudson 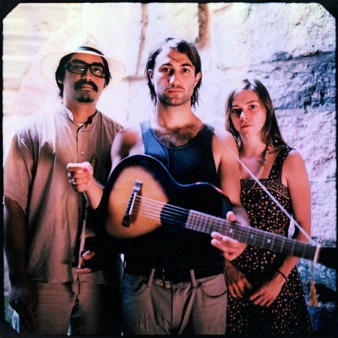 As famously fertile as the Hudson Valley is for its music, up here there’s still an overabundance of karaoke and bone-dry husks playing Band/Dylan covers and the stiff licks they learned from their Stevie Ray Vaughn albums. Yeah, okay, but enough already. This is why people in Hudson and the surrounding areas had been waiting for a venue like the Half Moon when it reopened, under new management, just over a year ago. The room is just the right size, has just the right vibe, is in just the right location, and books just the right kind of truly interesting acts—a similar scene to what’s been going on Quinn’s and the Dogwood in Beacon and BSP Lounge in Kingston. And the acts have been coming hard and heavy to the Half Moon lately; the past couple of months have seen visits from the Fiery Furnaces’ Eleanor Friedberger, art-poppers Here We Go Magic, free jazz legend Joe McPhee, and others. On July 11, you’ll be able to add indie folk rock giants the Low Anthem to that burgeoning list.

Based in Providence, Rhode Island, the Low Anthem was formed in 2006 by singer-guitarist Ben Nox Miller and drummer-vocalist Jeff Prystowksy. Although the band has seen several lineup shifts since then, it’s distinctive blend of inventive Americana—touches of folk, gospel, blues, and classical textured with unusual instrumentation—has made it a consistent critical/underground favorite and found fandom among such venerated songwriters as Steve Earle. This gig will assuredly sell out, so get there early.

In this 2009 clip for Paste magazine, the group performs “This God Damn House”: