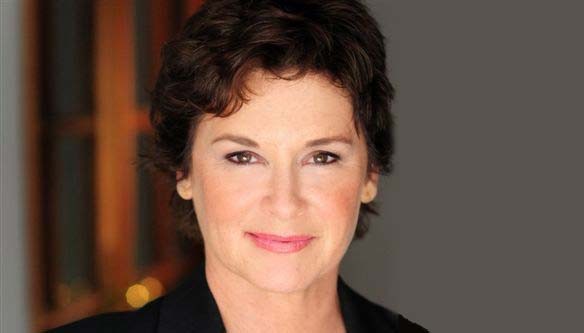 Zimbalist, a veteran of both stage and screen, is most well-known for her role as detective Laura Holt in the hit NBC series “Remington Steele” (1982-1987). She returns to Shadowland after performing in its 2009 staging of Arthur Miller’s “The Price.” Other recent credits include an appearance in the 22th Annual Tennessee Williams/New Orleans Literary Festival (2008) and a portrayal of Katherine Hepburn in the one-woman play “Tea At Five” (2009). In addition to acting, Zimbalist has lent her voice to several audio books—one, Lori Lansen’s The Girls, was the winner of the 2006 Listen-Up Award.

Zimbalist will be joined by Philadelphia-based actor Tom Teti and by Julie Sihilling; James Glossman will direct. “Three Viewings” is the third play of Shadowland’s seven-show mainstage program this summer. It follows the stories of three people—Emil, Mac, and Virginia—in one Midwestern funeral parlor.

Shadowland Theatre presents “Three Viewings,” running June 20 to July 6. Performances Thursdays-Saturdays at 8pm and Sundays at 2pm, as well as a “First Sats Mats” performance on Saturday, June 21 at 2pm. Tickets are $34 and $39 and can be booked at (845) 647-5511 or at the theater box office. 157 Canal Street, Ellenville.