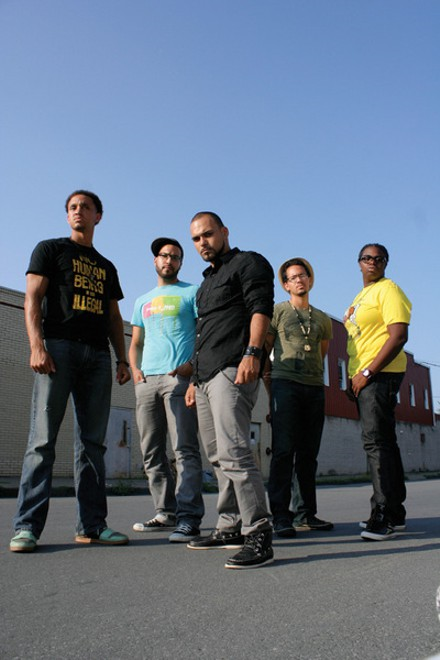 In 2010 I hung out a bit with Hudson Valley area hip-hop group ReadNex Poetry Squad to profile them for that year’s August issue, and I was deeply struck by the seriousness and outsized sense of purpose that the young quintet displayed. Visibly determined not only to get their own music heard by as many ears as possible, the erudite members of ReadNex (the pun-packed name is meant to stress the importance of literacy) are also tireless community activists, each them seemingly always involved in any number of charitable causes, youth-mentoring programs, and similar progressive projects. Since then, the band has been active on and off collectively, its members dedicating themselves to social efforts like the above as well as solo creative endeavors. The most visible has been Decora, one of the group’s formidable MCs and a prolific poet who will perform on June 20 at the Hobo Concert Series in Beacon.

One of Decora’s admitted heroes is Pete Seeger, the patriarch of socially progressive music. The rapper has performed at the Clearwater festival with Pete’s grandson, Tao Seeger, and his forthcoming single, which drops next month, is “Where Have All the Flowers Gone.” By no means a straight cover of the Pete-penned folk standard, the track is instead a slammin’ slice of social commentary that riffs on the original’s imagery and questioning message.

To tide you over until that tune’s release, here’s Decora, raw and unaccompanied, laying down his “Ode to Hip-Hop”:

Decora will perform with a full band and DJ for the Hobo Concert Series on June 20 at 6pm at South Avenue Park in Beacon. The event is free. For more information, visit https://beaconarts.org/events/riverfest/.