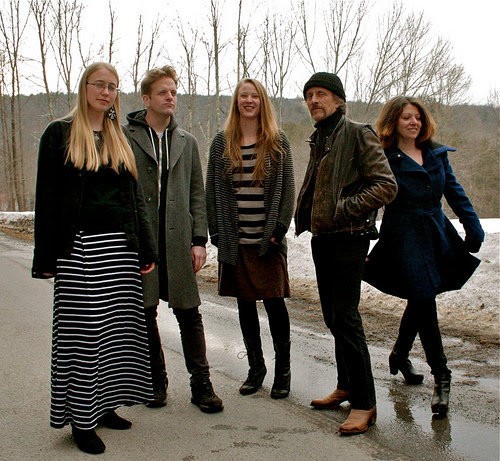 Centering on the songs of vocalist and keyboardist Amy Poux and featuring veteran Bongos bassist Rob Norris, the Rosendale-area quintet Living with Elephants has been sharpening its craft since getting together a few years back by doing lots of gigs in and around the Hudson Valley. This Saturday, the band hits a milestone with a performance in New Paltz to unveil its self-released sophomore album, Home.

Complementing Poux and Norris in the Living with Elephants lineup are drummer Chris Anderson, violinist Jerusha Kellerhouse, and back-up vocalist Marianne Tasick. An enchanting collection of quiet, Baroque-flavored soft pop, Home was produced by Daniel Weintraub (Hell's Kitchen Recording) at the Art Farm in Accord. In 2009, the group’s music was featured in the Natalie Portman film Other Woman.

Living with Elephants will perform at Unison Arts Center in New Paltz on May 3 at 8pm. Tickets are $15. For further information, visit http://www.livingwithelephants.net/.