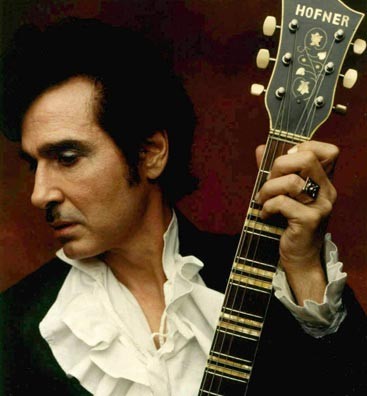 What?! Tav Falco’s Panther Burns is playing in Beacon this Friday?!

Along with their buddies the Cramps, Falco and his band were among the earliest pioneers of the distorted and sometimes noir-ish garage-roots sound that birthed the psychobilly and blues punk genres. Now an influential icon in Europe, Falco, a sometime filmmaker and performance artist, began Panther Burns in his native Memphis in 1979. With a shifting lineup that occasionally featured the late local legends Alex Chilton and James Luther Dickinson, the group waxed the classic LPs Behind the Magnolia Curtain (1981) and Blow Your Top (1982), became visiting darlings of the downtown New York scene, and toured with the Clash. Over the years, Falco has divided his time between music, photography, film acting (most recently he played a tango dancer in 2003’s Dans le Rouge du Couchant), and authoring books (he wrote 2011’s second installment of the two-volume Mondo Memphis, a history/psychogeography of the Southern city).

Check this clip of the band live in New Orleans just last year: