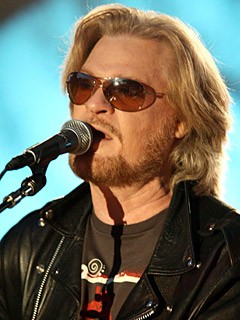 Although he originally hails from Philadelphia, the city whose smooth soul sound influenced his hit music with Hall and Oates, singer Daryl Hall has kept a home in the Hudson Valley region for many years. In fact, in August he sold his place in Millerton, the site of his popular music-performance TV show, “Live from Daryl’s House.” But instead of moving the program to his new digs, in nearby Sherman, Connecticut, Hall is leasing the Pawling building that once housed the Towne Crier nightclub and plans to start shooting the show there; he’s even having the venue remodeled to look like his old home. (The Towne Crier opened its new location in Beacon last month.)

Hall has another connection to our area. In 1969, before he hit it big with Hall and Oates, he made one album for Elektra Records with Philly rock band Gulliver, which also included future Woodstock singer-songwriter Tim Moore. Here’s a “Daryl’s House” performance featuring another Philadelphian (and erstwhile Moore collaborator) with local ties, Todd Rundgren:

For more info on “Live from Daryl’s House,” visit http://www.livefromdarylshouse.com/.