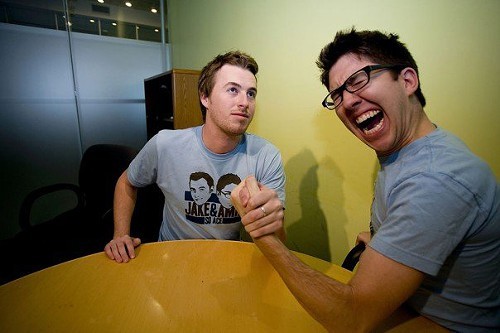 Comedy is "inconvenient truth," to steal a phrase from the humorless Al Gore. It reveals painful realities we can't admit to ourselves. (Bobcat Goldthwait on Woodstock: "This is such a weird town! Old hippies in Mercedes!") There are two types of comedy: deadpan and screaming. The young hipsters have adopted deadpan. Everyone else does the screaming type, often invoking the word "fuck." Puns are a separate category of humor, or perhaps sub-humor. Dick Cavett was the only performer to venture into this treacherous realm.

Almost none of the comedy was political, except for Eddie Brill attacking organized religion. For some reason, it's funny to see a fat Jewish guy on stage admitting, "Orthodox Jews are terrible. They're sexist, racist..."

Clearly there's a connection between comedy and stage magic. Dick Cavett met Johnny Carson when they were both aspiring magicians in Nebraska. A great comedian practices a type of hypnosis; he tricks the audience into acquiescence.