Top Five on Friday: Things to Do with Dad | Daily Dose

Top Five on Friday: Things to Do with Dad 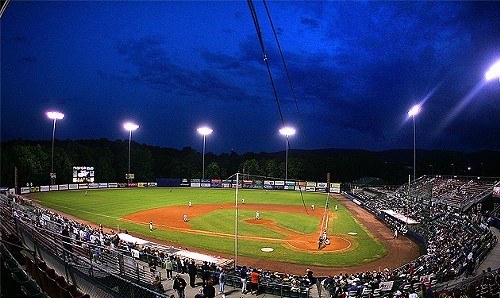 June 16 is Father's Day, and whether it's your old man, your old man's old man, or a friend or sibling who is now an old man, it's a day to show the dads in your life how much you appreciate them. Here are our top five picks for things to do in the Hudson Valley this Father's Day.

The Old Ball Game
Take Dad out to see a Hudson Valley Renegades game, the region's exciting minor league team that won the New York-Penn League championship last year and has produced such MLB stars as Evan Longoria and Josh Hamilton. The season home opener on June 21 commences the team's 20th season in Dutchess County. A Father's Day family four pack is available for the home games at Dutchess Stadium on June 24 and 25 versus the Brooklyn Cyclones, which includes four tickets, four Renegades hats, catch on the field, and a family photo, all for $40.

Fish & Game
Try your hand at a back-country sport by taking dad out for a day of fishing or shooting. The Hudson Valley is home to numerous fishing charter services, which take people out on the Hudson River, like Tie One on Charters in Esopus and Hudson River Fishing Charters in Saugerties. You can also get information about freshwater fishing on lakes and ponds in the Hudson Valley and Catskills from the Department of Environmental Conservation. For a day with a bit more bang, try clay shooting at Dover Furnace in Dover Plains, the largest public facility of its kind in the North East.

Family Run
This year's fourth annual New Paltz Challenge Father's Day Half Marathon and Family 5K includes special discounts and prizes for father/child teams. Most of the race takes place on the Wallkill Valley Rail Trail's flat terrain, which includes a combination of paved surfaces and gravel and packed dirt trails. Runners will start at 7:30am for the half marathon and at 8am for the 5K at the corner of Main Street and Huguenot Street. Set a new personal or team best, and then celebrate with a hearty lunch in town.

Trolley Ride
Located on the original site of the Ulster and Delaware Railroad yards at Milepost 1, the Trolley Museum of New York is an educational museum that offers rides from the foot of Broadway in downtown Kingston to picnic grounds on the shore of the Hudson River at Kingston Point. Other museum features include exhibits and educational programs on the history of rail transportation in the Hudson Valley, and displays of trolley, subway, and rapid transit cars from the United States and Europe. From 12pm-5pm on Father's Day, dads ride the trolley for free.

A Day on the Farm
Fishkill Farms is celebrating its 100th anniversary this year (Henry Morgenthau Jr. started the farm in 1913, and it remains in the family today). To kick off the celebration of their centennial year, the farm is throwing a Father's Day strawberry festival on Sunday, June 16, with berry picking, free ice cream for dads, hayrides, live reggae music, and a seasonal farm menu featuring strawberry shortcake.