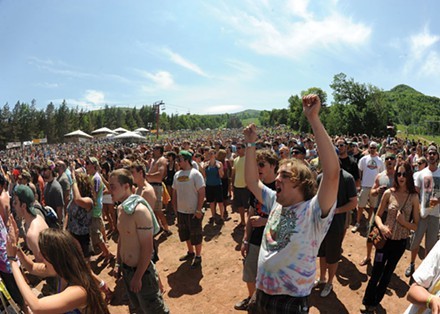 In addition to an exciting line-up of music, there will be activities throughout the weekend, like drum circles with Kodi, a farmers' market from Gardiner's Wright's Farm, artist signings in Awareness Village, and Frisbee golf tournament and demos. Mountain Jam's featured visual artists, whose psychedelic work will be exhibited throughout the festival grounds, include cubist Jack LaRoux, woodworker Jeremy Holmes, illustrator Micheal Hunt, and live painter Bryan Bailey. The festival will also continue its greening efforts with recycling, carbon offsets, and offering $1 water refills to reduce the usage of plastic water bottles on fairgrounds.

Check out our 2013 summer music festival roundup for more info about Mountain Jam and other upcoming festivals.