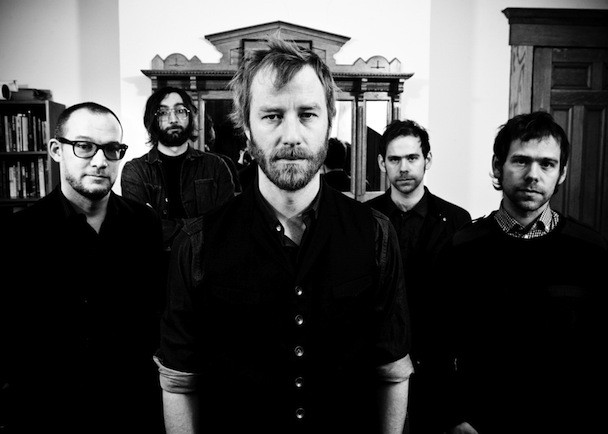 Although much-loved indie band the National was formed in Cincinnati, Ohio, and rose to prominence after relocating to New York, few know the group also has a Hudson Valley connection: Guitarist Bryce Dessner now lives in our area. Thus, I thought it fit to let readers know the quintet is set to drop a new album next month.

Trouble Will Find Me (4AD Records) comes out on May 21. The National’s sixth full-length, it looks to promise another winning dose of the outfit’s drama-drenched, movingly melancholic sounds. Here’s an appropriately monochromatic video teaser for “Demons,” the album’s lead single:

Many hope the release means that the National will at last grace Dessner’s recently adopted home with a local performance. Overdue, right?