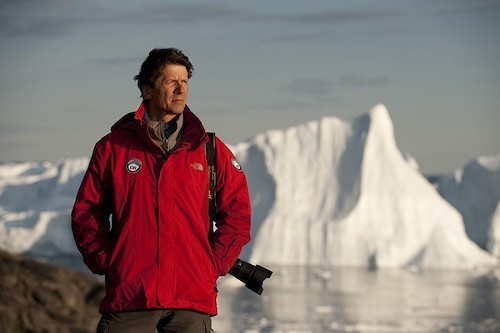 The Rosendale Theatre will screen the award-winning documentary that captures proof of a changing planet through photographs by James Balog of National Geographic. Using self-installed, time-lapse cameras in 27 different remote sites, including Greenland, Iceland, Nepal, and Alaska, Balog captures glaciers shrinking at alarming rates, like 2.5 miles of an Alaskan glacier disappearing into the ocean over a two-year time frame. Balog, a climate change skeptic earlier in his career, says, “If I hadn’t seen it in pictures, I wouldn’t have believed it at all.”

The New York Times called the film "Stunning…Timely…A solitary quest with global implications," and it won an Excellence in Cinematography award at the Sundance Film Festival. The film will screen at the Rosendale Theatre from Friday, December 14 to Sunday, December 16 at 7:15pm.